Fed up with pointless ‘consultations’ and requests for ‘valued opinions’ that are invariably ignored?  If so, then this is definitely the place for you to have your say.

Fed up with being refused your ‘right to reply’ to articles published in the media, irrespective of the validity of your comments?  If so, ‘Our Exeter’ will publish them.

Fed up with the constant waste of taxpayer’s money whilst the provision of even basic services that we are already paying for deteriorates?  ‘Our Exeter’ want to hear from you.

‘Our Exeter’ has no political affiliation; we live in the hope that all political groups have some representatives that have the interests of the residents as their main focus, although we see little meaningful evidence to support this on important issues.

We are equally aware that there are individuals and organisations, political and otherwise, whose sole motivations are self serving and who believe that they should be immune from critical comment or being called to account for their actions, or lack of them. ‘Our Exeter’ disagree.

‘Our Exeter’ invites suggestions for other topics for discussion and exposure.

"The best way to take control over a people and control them utterly is to take a little of their freedom at a time, to erode rights by a thousand tiny and almost imperceptible reductions. In this way the people will not see those rights and freedoms being removed until past the point at which these changes cannot be reversed" - Adolf Hitler

Welcome to ‘Our Exeter’

This web site has been created by a group of taxpaying Exeter residents to provide a platform for anyone to express their views on a wide range of topics.  We suspect that our negative experiences in Exeter will be reflected across the UK and welcome all contributions accordingly, wherever you may live.

This site was conceived out of the desire to expose the ‘workings’ of Exeter and how they impact on the lives of those that live and work here. There remains much work to be done but please do explore our revelations so far.

There is clearly a need for serious change in the attitude of ‘authority’ and how they respond to public concerns in these times of promised accountability and transparency.  We can be contacted here.

Send us your comments, photographs, topics and  links to  similar sites.

Further pages can be added to ‘Our Exeter’ dedicated to your experiences within your own area.  Contact us if you want your page and/or pictures included.

We look forward to receiving your contributions.

There’s a time for change, and that time is now.

Greetings to Exeter City Council’s  Baan Al-Khafaji, the City's head of Legal Services and ‘Monitoring Officer’. It appears that ECC feel the need to monitor ‘Our Exeter’ admin’s direct communications with them and also, presumably, this site.

‘Our Exeter’ look forward to progressing in a spirit of ‘can do cooperation’ across a variety of issues that impact upon our City. Unfortunately, it seems that we can ‘look forward’ all we like but it will definitely be from an  Exeter City Council ‘don’t do co-operation’ perspective.

What do you think?

Email your comments for inclusion in ‘Our Exeter’ Here 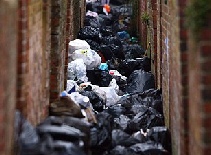 And Yet More Rubbish

Ministers tried to Cover up Report

You know it makes sense. 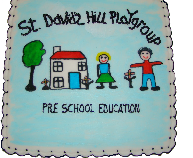 Are you getting excited now that the London Olympics are just weeks away?

Sure, it's brilliant that we've the world's biggest sporting event being staged in the UK, but for those battling job losses and eye-watering cuts to public services, the sheer cost of the Games is proving hard to balance against any potential benefit.

What's not so brilliant is that according to a new report published by Ethical Consumer, the majority of the giant multi-nationals sponsoring the Games are set to avoid paying millions of pounds in tax.

Unbelievably, thanks to new HMRC rules which were quietly ushered in as part of Team GB's winning bid, the Olympic site in East London has now become the world's latest, albeit temporary, tax haven.

What this means is that 'partner’ organisations such as McDonald's and Visa have a temporary exemption from both UK Corporation Tax and UK Income Tax.

Both companies look set to make a tax-free fortune at the Games: McDonald's which will be operating its biggest ever store close to the Olympic park has a near monopoly on food outlets whilst as official payment services provider, Visa has a total monopoly on all ticketing payments.

The HMRC ruling also exempts the thousands of foreign nationals working on the Games here in the UK from paying income tax and includes everyone from journalists and judges to the athletes themselves.

So how much tax revenue is likely to be lost this summer? The Ethical Consumer report claims that around £600m in tax will not be paid on a predicted £2.7bn in revenues due to these temporary exemptions for Olympics-related corporate partners and service providers, money that the country can't afford to lose.

"It is bound to cost the UK tens of millions of pounds to give tax concessions to all the large companies who are operating at the Olympic site. We're giving money away that we need to solve our debt crisis and to preserve essential public services. It's a scandal that at the same time that David Cameron is criticising Jimmy Carr for using a tax haven, one has been created right in the heart of London.”

According to the report's author, Tim Hunt, turning the Olympic Village in Stratford into a temporary tax haven was the price of our winning Olympic bid:

"The sad fact is that passing tax avoidance legislation has now become part of the culture for hosting international competitions such as the Olympics and the World Cup. Without these tax sweeteners the International Olympic Committee would simply take their corporate circus elsewhere."

Hunt claims that tax avoidance is now endemic throughout the entire London Olympic operation with even LOCOG using the much-criticised tax haven registered employee benefit trusts to pay organisers' bonuses once the Games are over.

Caroline Lucas, MP for Brighton Pavilion is critical of the tax arrangements for this year's Games:
"LOCOG and the Olympics team have a serious case to answer in allowing the Park to become a temporary tax haven and so does the Government which has managed to find around £11 billion to fund the Games while at the same time imposing severe economic austerity on normal working people."

Most of the Olympic sponsors are themselves no strangers to more conventional tax havens.  In Ethical Consumer's groundbreaking report, all 11 of the IOC's Olympic Partners and all seven of the London Olympic Partners were surveyed.
The results show that apart from British Airways, all these companies including Adidas, Coca Cola and Lloyds have subsidiaries in tax havens.

HMRC now admits that corporate tax avoidance alone amounts to a whopping £5billion a year lost revenue that would have paid for at least 50 per cent of the entire cost of the Games.

The reality is that aggressive corporate tax avoidance is now deeply entrenched throughout the whole culture of UKplc. Just earlier this year Ethical Consumer broke the story of how public sector companies are implicated in tax avoidance.

In response, there is now a growing campaign againt tax avoidance, in particular its cost to economies in the developing world.
The truth is that the game is up for companies engaging in aggressive tax avoidance, as with the banks being caught with their fingers in the till, the public has had enough of being ripped off by big corporate organisations.

According to Christian Aid, thanks to loopholes in the global financial system, developing countries lose $160bn every year, a figure equal to one-and-a-half-
times what they receive in international aid.

As part of their campaign to plug these loopholes, in August Christian Aid and Church Action On Poverty are touring the UK with a tax bus to highlight the issue of tax avoidance both in the UK and in the developing world.

Meanwhile Hunt believes that the practice of tax avoidance is now firmly embedded within all major global sporting events:
"Some of the tax laws have already been extended to cover the Commonwealth Games in Glasgow in 2014 and this process of relaxing tax rules looks set to continue with the costs borne, as ever by ordinary taxpayers."